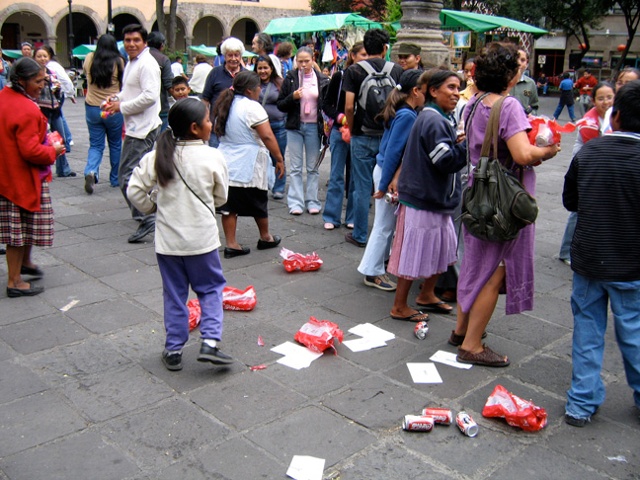 I had hoped to do a "coke dump" demonstration in conjunction with an exhibition at a private university in Mexico City and was not permitted to do so because 'the Mexican President was a former CEO of the Coca-Cola Corporation'. Instead, Marcus Miller and I chose to do the "coke dump" demonstration without consent close to where we were staying in the main square in Coyoacan. Once people realized that they were free not only to dump and drink but also take the Coke the cans disappeared pretty quickly and brought the physical aspect of the demonstration to an end. This was followed by heated debate about the demonstration itself and the role Coke plays in peoples lives.